I wanted to revisit the colour blue for this exhibition. The pthalo blue that I use is an amazing  and challenging colour in the extension of it’s viscosity and transparency from dark to a light blue.  It is one of the  colours in my palette that allows me to go beyond the surface into layers of tonal depth and narrative meaning.

The “Blue Pool” series of paintings evolved from previous blue work which was perhaps reminiscent of water and a 1996 small 10” x 12” painting entitled “Waiting for Paris”  (see artist statement) which used a tiled walkway around a blue surface. All the paintings in this exhibit are blue, lit from within, and use a common tiled like geometric pattern walkway/platform around parts of the edge.

In response to the horrific Japanese Earthquake of March 11, 2011 at 10;36,  the blue pool paintings evolved into mythical narratives of paint such as in  "Rising Sun:The Morning After - Japan rescue attempt number one from the golden platform with large Yellow Crane.” The Awakening of the Sun /Réveil Du Soleil  at 123 degrees on  12/21/2012 painting dealt with the sunrise in Nova Scotia and the point the sun breaks the horizon line, the winter solstice and the end of Mayan calendar and was for the CBC and FEED NS "Sharing the View" 2012 Calendar. 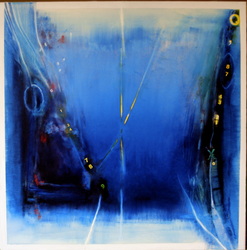 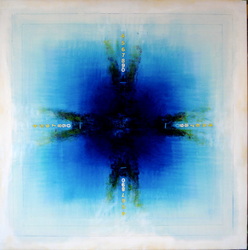 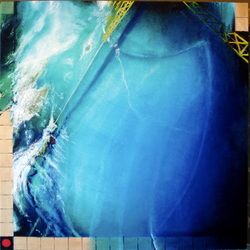 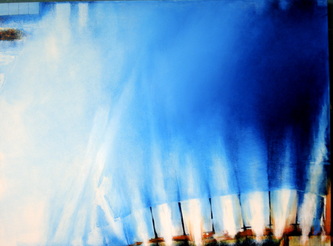 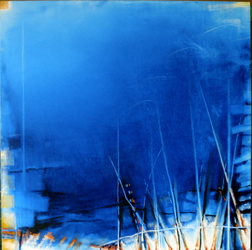 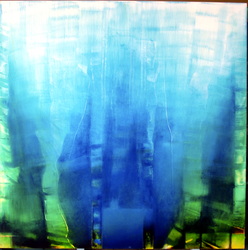 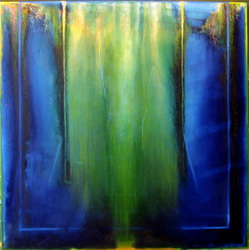 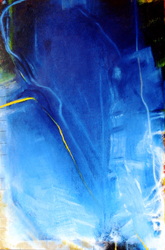 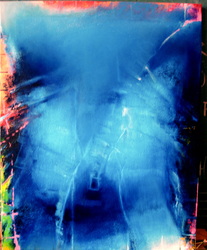 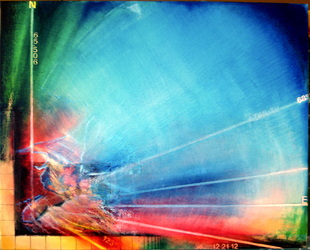 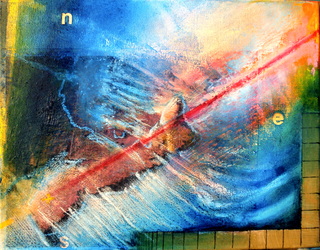 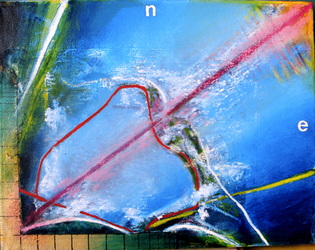 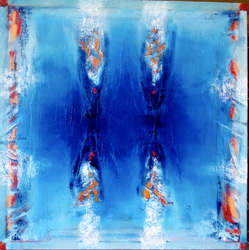 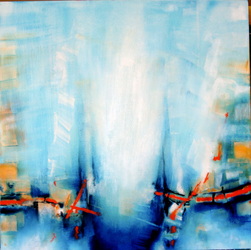 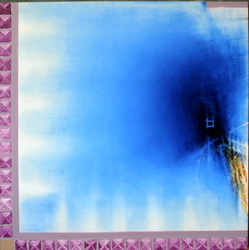